The Revival Project addresses concerns regarding threats to biodiversity and environmental degradation by supporting rainforest rehabilitation and ecological restoration. A living library capturing the genetic makeup of endangered species seeks to safeguard biodiversity within Imbil State Forest and provides a platform for dialogues around human impacts on biosphere processes. 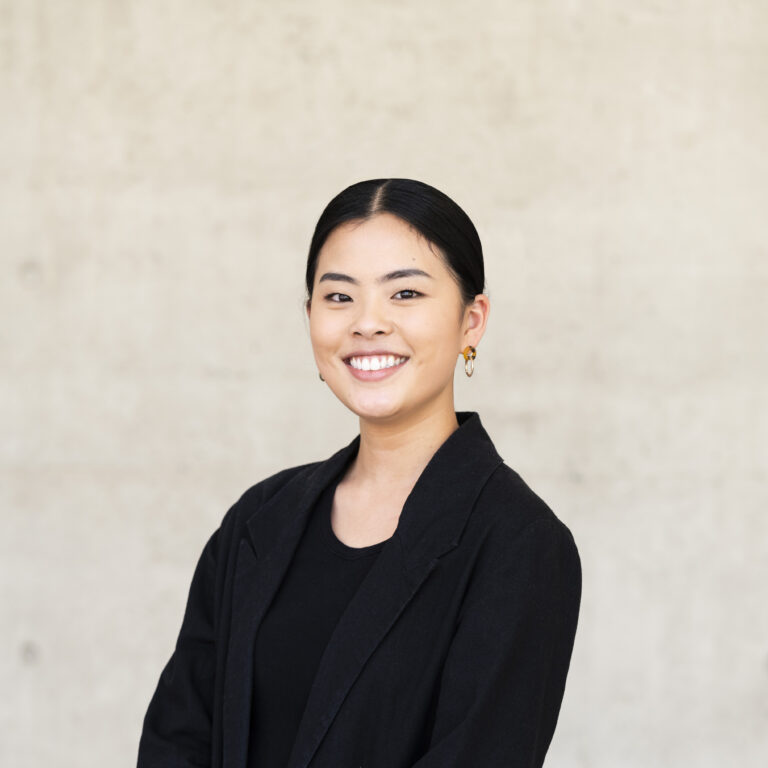 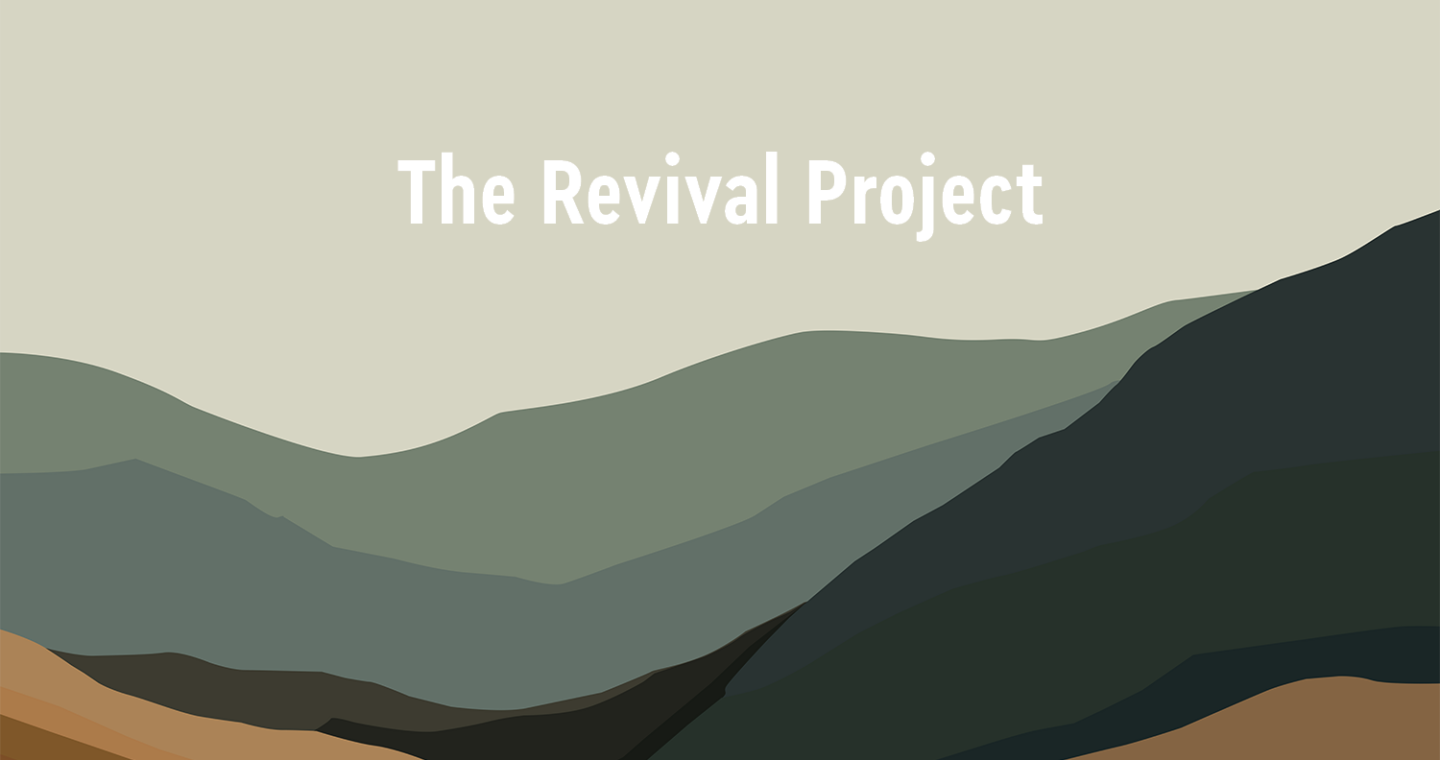 Given concerns regarding biodiversity within Imbil State Forest, the State Government has partnered with QUT and CSIRO to facilitate research supporting rainforest rehabilitation and ecology. In addition to this collaboration, the Government has commissioned the design of an institutional anchor to be based in Imbil and a supporting field station. Proposed structures are to culminate in a living library, securing endangered species of vegetation found in and around the surrounds of the Imbil State Forest. Both structures are designed in consideration of the other and demonstrate both aesthetic and ethical synthesis in their reply. Primary users of both facilities consist of researchers and academics who will aim to sample and study the genetic makeup of such species to safeguard the biodiversity of the landscape.

The institutional anchor will act as a platform for competing discourses and is to encourage participation through transparency and exuberance. The design proposal recognises the land upon which it stands both physically and metaphorically, being architecturally responsive to the landscape and also highlighting cultural exchange with the Gubbi Gubbi people as of equal importance to the research being conducted. The building demonstrates insightful reply to processes occurring in and around Imbil and draws design inspiration directly from the forest itself. Material use has been considered carefully with value-added building products to symbolise sustainable futures of optimised productivity.

The formal expression of the building draws inspiration from the sweeping forms of the forest floor. Tree roots sprawl through the understory providing pockets of shelter as nesting sites for small birds and wildlife. In this way, the building makes references to both the forest and the noisy pitta, found between buttress roots and bases of trees. This seeks to challenge the concept of scale, exploring habitats at a variety of contextual levels and highlighting the value of endangered species regardless of their size. The curved form of the building also defies expectations of organic integration into the Sunshine Coast vernacular, further challenging pre conceived notions and political attitudes toward the plantation industry.

The proposal places itself within the locality of Imbil. Recognised by the Sunshine Coast City Council as an established village centre, the town maintains a strong connection to Imbil State Forest via its close proximity and supports urban consolidation for a more sustainable future. Being the largest town in Mary Valley, Imbil is of prime location to provide a platform for competing discourses between local residents, the timber industry and researchers.

The building itself is set bordering the town centre so as not to impose on local residents and existing processes within the town. Its proximity between the town centre, Heritage railway and local timber mill however, is crucial in both highlighting and mediating existing tension between stakeholders.

The striking contrast of formal expression between facades is symbolic of the push and pull in balancing contemporary issues at a variety of contextual levels. The architectural form shifts from that of an organic, undulating entrance to a harsh and defined auditorium structure. This contrast is seen yet again where regularly spaced translucent glass panels dissolve into oak fins wrapping the gentle perimeter of the building that faces the boardwalk. The undulating spacing of the fins echo that of the Araucaria, allowed to revert back to endemic rainforest.

This notion continues through to the boardwalk with thick, circular columns evoking the forest whilst also providing stability to the surrounding regrowth vegetation. Similarly, the structure of the auditorium is propped up by clusters of densely packed columns. This is intended as a subtle gesture which alludes to the reality we now face, as life beyond the plantation is so heavily dependent on rainforest ecology.

The field station operates in harmony with the anchor, supporting sample collection within the regeneration zone and surrounding areas. To be of primary use for researchers and arborists, spaces support small scale lab work in relation to sample collection whilst also providing short term accommodation for remote field work.

The structure is able to be adapted to various sites with focus placed on how the building connects to the ground in preventing changes to ecological and topographical conditions. Given its location, the station is also designed to bushfire standards, implementing a range of passive design strategies.

The design takes certain cues from both the vernacular of structures of the Australian bush – such as the simple form of corrugated metal opening onto a recycled timber deck, yet clearly defying expectations of organic integration into the landscape with its curved form lended by the nesting site of the keystone bird species, the noisy pitta. In this way, the structure stands as a simple yet thoughtful gesture to the endemic rainforest.

The forest that encircles the station is a former state logging plantation. Although the structure is not situated within an old-growth forest but between the plantation and natural rainforest, its formal expression still bears in mind its environment which is slowly reverting to wilderness.

Even as the station minimally impacts the wildlife habitat into which it is set, it takes protective measures against the natural conditions. Of primary concern are bushfires, thus the building sits on a platform raised above ground on posts, is surrounded by gravel and set back from the edge of surrounding vegetation.

The field station introduces several layers of sustainability through adaptations to context and siting. The varying configurations and capabilities for a split form allows the site’s existing trees and vegetation to be preserved. The plan organises the station into public, private and research zones and allows for modules to be used separately, thus saving energy.

The modular design was developed as a prototype for several other stations to be built both within the surrounding rainforest and on imagined sites. The plan adjusts to the sloped topography of the forest by altering the angle between the two wings to create a number of different configurations, from parallel wings to an inversion of this form.

Any number and type of modules can be combined and grouped depending on site and project specific needs. In every case, the structure and form of the station adapts to the conditions of the site, asserting that each condition warrants a unique solution. By refusing to impose on its site, the modules aspire to facilitate in the inhabitants a deeper understanding of and greater connection to their environment.

When placed, the modules aim to communicate as a single entity. The design features ample spaces for exchange in both public and private contexts, with floating platforms allowing for a casual outdoor lecture experience. Localised services adds to feasibility and ease of construction with minimal protrusions for utilities. A lineal structure also allows east-west orientation with cross ventilation and removes the need for artificial cooling.

Throughout her academic career, Angela has fostered a philosophy that promotes interdisciplinary design as a collective effort. She believes that extraordinary design comes from collaboration, whilst simultaneously harbouring an appreciation for passion, innovation and a constant lust for learning.